It seems it's just as bad in Wales, after all. 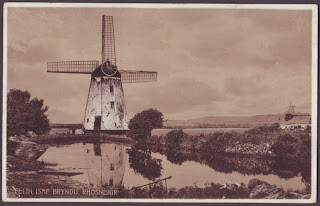 Mon Mam Cymru – Anglesey, Mother of Wales they used to say, on account of the fertile corn-growing lands. And with cereal crops go mills to grind them. On an island like Anglesey, watermills were a rarity and windmills were the norm. But, to have both in one building – wind and water powered - was extraordinary, and yet a combined wind- and water-mill existed on the island, until children playing with matches burnt down Melin y Bont at Bryn Du in the early 1970s. 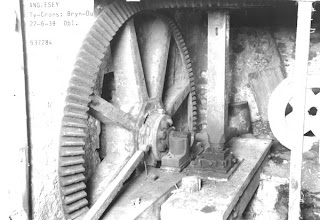 Even then, having mostly iron machinery which survived the fire, it could have been saved, and a couple of years ago, CADW dug deep in their pockets and agreed to finance the preservation of what was left:
http://icnorthwales.icnetwork.co.uk/news/regionalnews/tm_objectid=14499204&method=full&siteid=50142&headline=historic-mill-gains--pound-40-000-grant-to-get-sails-turning-again-name_page.html
http://www.cadw.wales.gov.uk/default.asp?id=21&NewsId=76
“Melin Y Bont, Bryn Du, Isle of Anglesey £40,000 to restore the historic fabric of the building including the internal water wheel. Melin Y Bont is the only corn mill on Anglesey to utilise both wind and water power, a unique combination which meant that the sails turned in the opposite direction to the other windmills on the island. Its windmill tower is substantially intact and it is one of only 18 surviving on Anglesey and one of only two to retain some of its original machinery.”
But something slipped, 'twixt cup and lip. Despite the £40,000 grant, the last of the working parts seem to have been removed, and now it’s another bijou holiday cottage. 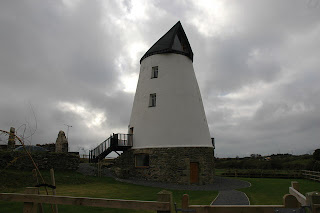 Will CADW be asking for their money back?
More to the point, did they clearly explain to the owners what was expected in return for the cash? I understand Careless CADW's inspector is “surprised” by what has happened. Where was he when the work was underway?
Even more galling, this travesty has been given an award by the local Building Inspectors, those well-known paragons of taste, virtue and conservationist sympathies:
http://www.dailypost.co.uk/news/north-wales-news/2008/02/20/builder-wins-award-for-work-on-mill-55578-20497127/
“All modern fittings such as plastic extractor fans had to be concealed.” So that’s alright then.
Grrrrrrrr.
Posted by Conservation Officer at 00:18